Giving Haitian youth the wings to rise above their circumstances so they may grow into leaders and contributors who radically and positively impact the future of their nation. 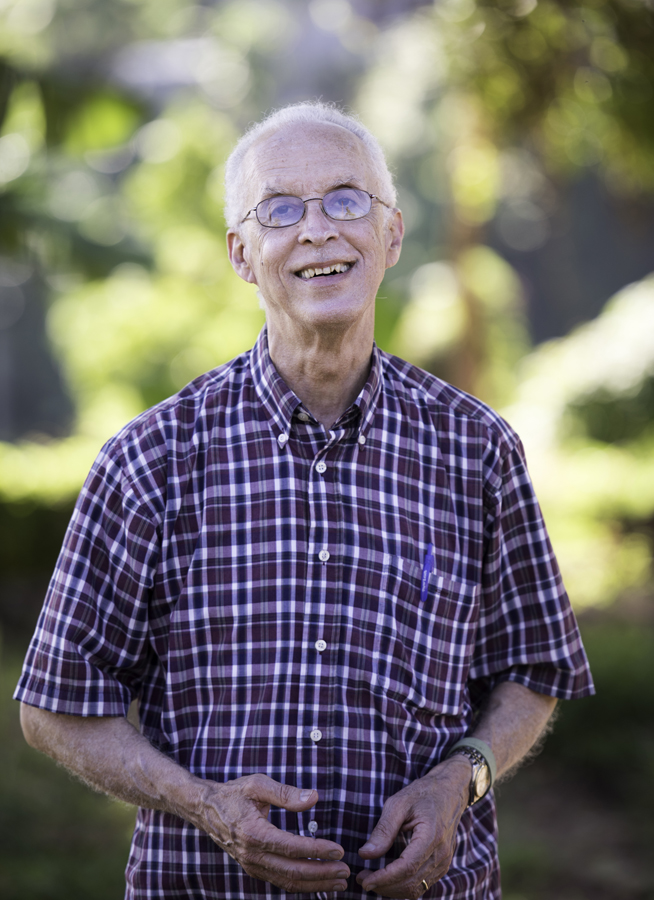 My greatest hope is that we can make a meaningful contribution in changing the destiny of disadvantaged Haitian children, who will, ultimately, change the face of their nation. – Fredrick Clerie

I was born in Jeremie, Haiti, a land of great natural beauty, a rich culture and a resilient people. Haiti is often referred to as “the pearl of the Antilles” despite the stark contrast between its living standards and those of neighboring Caribbean Islands. While growing up in Haiti, I was sheltered to some extent from the general sense of hopelessness that most Haitians feel regarding their ability to change for the better their economic, political and social conditions. My fondest memories of growing up in Haiti circle around the delightful scent of jasmine flowers and the happy, carefree adventures of childhood. At a young age, my parents instilled in me a deep, Bible-based faith in the intrinsic value of all human beings and the importance of compassion and serving others.

I left Haiti at the vulnerable age of 17 to get a technical education in the United States and this life-changing transition fundamentally shaped who I am today. After living in a country riddled with poverty, disease and corruption, I faced many bewildering challenges when I came to the United States. I struggled to assimilate in this new landscape with people who spoke a different language, and who experienced vastly superior living conditions. When I left Haiti, I made a promise to myself to return one day and do whatever I could to change the mindset and the destiny of Haitian children who had been abandoned, neglected and generally left to fend for themselves.

During my years in the U.S., I worked hard to overcome the prejudice of being perceived as “backward” and unlikely to succeed because of my Haitian origin. Despite the challenges I faced, I built a successful career in the pharmaceutical and biotech industries and eventually found myself in an executive role that utilized my leadership and management skills to the fullest. Every experience supported my conviction that if I could overcome the obstacles I initially faced in a new country, so, too, could Haitian children if they were given the basic necessities and the tools.

It is more blessed to give than to receive

After living in the U.S. for over 50 years, I had to unlearn the popular belief that the pursuit of “the American dream” is the path to a meaningful life. Securing a comfortable retirement, engaging in self-serving hobbies and activities, and solely focusing on improving my own life while so many others suffered greatly did not provide meaning or fulfillment in my life.

Although I was grateful for the life I built in the U.S., and touched by the generous nature of the American people, I also felt compelled to do more for those who suffered. After the earthquake in 2010 that devastated Haiti and killed over 300,000 Haitians, I felt a calling to end my professional career and return to my birthplace to make a difference in a country that had long suffered from natural and economic disasters. Since then, interacting with healthy, energetic and joyful children who would have otherwise died if we had not intervened is what makes me feel alive and gives my life true meaning and purpose. I return to Haiti five to six times per year to help bring about real change and “lighten the load” of my brothers and sisters.

Due to the tremendous opportunities I have been afforded in the U.S., first as a student, and later as a business executive. I had long envisioned taking the generous heart and hope-filled spirit of America to the people of Haiti. That vision became a reality through Hopestart International, a 501(c) (3) tax-exempt nonprofit organization I founded in 2013.

Hopestart International was founded on the kind of hope and compassion Jesus taught in the bible, as the basis for a strong commitment to build a better and self-sustaining future for Haitian children. The vision of our organization is simple: to break the cycles of poverty, hunger, abuse and disease by providing clean water, food, shelter, education and Bible-based character development to the most disadvantaged children in Haiti. Everything we do at Hopestart International incorporates a “hand up” philosophy that fosters both faith in God and self-reliance to offset the debilitating “hand out” habits that lead to dependency and powerlessness so rife in Haiti today. We provide the necessities of life while mindful of assuring sustainability by teaching the skills necessary for Haiti’s youth to become people of integrity, agents of change and significant contributors for a brighter, more prosperous future.

If those whom God has blessed with so much, could spend just one day in an open-hearted conversation with those who have so little, they would truly understand why, as Jesus said, “It is more blessed to give than to receive”.

While it’s difficult to give up what we so often take for granted here like clean water, internet access, transportation, and opportunities to grow and learn, spending just one day with a child in Haiti can literally change your life, and for the better! It’s not aspiring to make a living that adds meaning to life; it’s aspiring to make a difference. – Jennifer Law

I was born and raised in San Diego, California surrounded by extended family which provided wonderful childhood adventures, no dull moments, and a family that remains close today.

My parents raised me to work hard and to constantly examine the people and the situations around me. They also instilled in me a firm belief in the value of volunteering, community service and helping family, friends and neighbors in need. I was very fortunate to have parents who have always presented opportunities for my brother and I to learn, grow and give back. Because of these extracurricular experiences, I quickly discovered a love for teaching.

Always seeking opportunities to nurture and support adolescents by encouraging them to be of service to others, there is nothing that brings me more joy or fulfillment than seeing the light in their eyes when they realize just how powerful they are!

I have had the great fortune in my professional career to have learned from wise and intelligent leaders at UCSD, Facebook, and in my family’s business. By leading the operations for my family’s business, I learned how to motivate people, communicate effectively, and how to establish positive working environments that make productivity and growth possible and sustainable.

My dream of co-founding a non-profit organization has turned into something so much larger and more meaningful than I had ever imagined. While the work is hard and requires consistent effort, I truly feel alive and inspired when I see the light of hope and possibility in children where none existed before. My greatest hope for Hopestart International is to one day see one of our children grow into a position where they can positively influence the people in their communities, encourage them to strive for better conditions and foster a path for Haitian youth to change the living conditions and the political atmosphere of their nation.

I recently made the decision to live full-time in Haiti because I know more can be done if I am there to facilitate the projects and manage the volunteers who have put their heart and soul into this important work. My love of teaching and mentoring youth is my calling, and my goal is to implement educational programs that lead our youth to meaningful work, a purposeful life and contributors to their communities.

Currently, the volunteer coordinator for multiple trips throughout the year, my bigger vision is to expand the work we are doing in Haiti across other countries where children are suffering and facing challenges no one should ever have to face; lack of hope, lack of food and clean water, living in unhealthy conditions with no way to save themselves. By creating more volunteer opportunities, we can grow and reach even more children who are in desperate need of our help.

While it’s difficult to give up what we so often take for granted here like clean water, internet access, transportation, and opportunities to grow and learn, spending just one day with a child in Haiti can literally change your life, and for the better! It’s not aspiring to make a living that adds meaning to life; it’s aspiring to make a difference.

Examine your own heart and ask yourself the question: What one thing could you do to radically change someone else’s life? And then going out and doing that one thing is what adds true and lasting meaning to life. 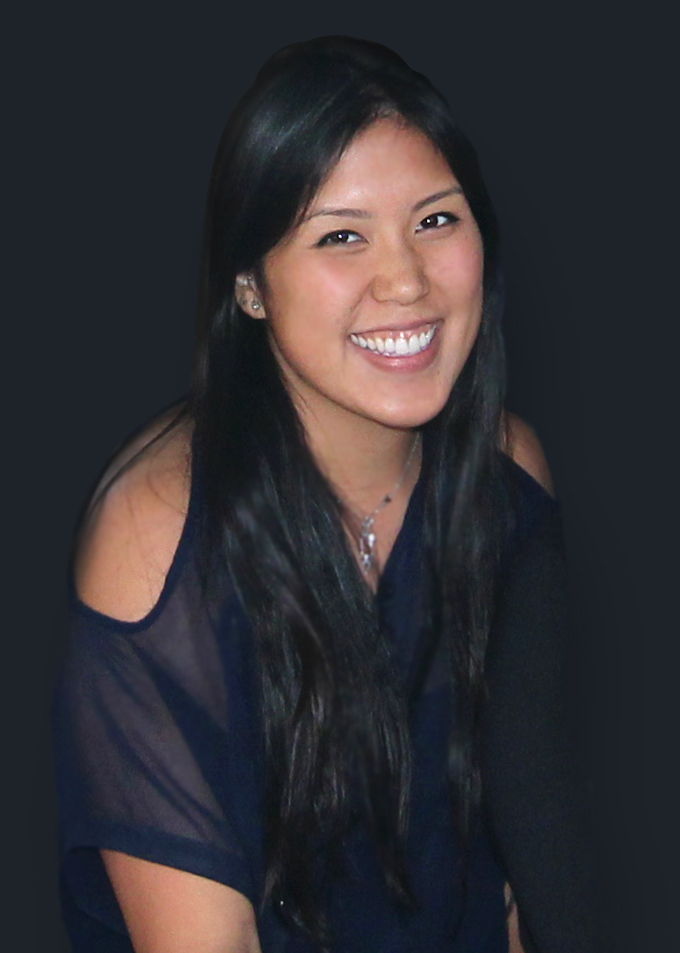 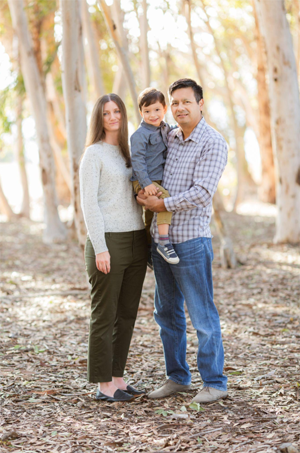 Jeff and Erin Acosta, prior long-term Hopestart missionaries, began serving in their role as Donor Care volunteers in 2021. Through this, they hope to help in expanding Hopestart’s reach in serving the most disadvantaged children and families of Jeremie, Haiti. Jeff and Erin now reside in San Diego, CA with their four year old son, Aiden.

When Kiko first learned about Hopestart from Jennifer in 2019, she was deeply moved by the difficult situations in Haiti. Her impression of this country and its people had been overturned. When Kiko learned how Hopestart’s mission has changed the lives of so many children and their families, she wanted to contribute further by bringing in her talents.
Now, she edits footage and creates video content that showcases Hopestart’s work in Haiti. Her hope is that more people can become aware of the beautiful place and lovely people in Haiti. 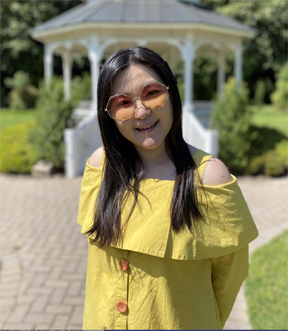 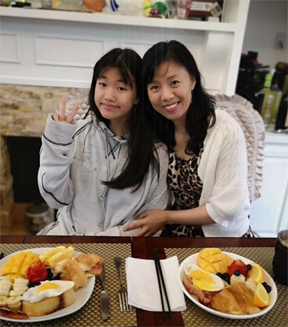 Helene is in her Junior year at Torrey Pines High School. She is passionate about volunteer work to benefit communities around the world. After learning about kids in Haiti, she has been inspired to support them in their education. Helene & Sherry (Mom pictured next to her) are a part of the Love Thy Neighbors ministry in the San Diego chapter focused on tutoring children around the world in various subjects. They work as a duo to coordinate English, Math, and Computer classes with student teachers in America. Helene is not only a program coordinator but an excellent English teacher.

The team that makes this important humanitarian work in Haiti consists of a group of American volunteers, some of whom reside in Jeremie for months at a time, and others who travel frequently to Jeremie for shorter periods of time. These volunteers are self-funded or through financial support provided by their friends, families or by the companies for which they work.

Our team of volunteers provides direction for our programs, expertise and experience in specific areas, training for our Haitian associates, etc. We also have a group of paid Haitian workers we have trained and who provide the daily management for our key programs and carry out the tasks required by the regular operations of our projects.

A number of key participants in the work of Hopestart International are volunteers who live in the U.S. and provide invaluable support in specific areas like fundraising, communications with donors and friends, accounting and bookkeeping, and arrangements for the acquisition and transportation of materials and tools that cannot be found in Haiti.

Many of these “behind-the-scenes” partners have traveled with us to Haiti, have first-hand knowledge of the needs of Haitians and local requirements, and a strong commitment to use all of the available resources effectively.

Light Up A Child's Life Today